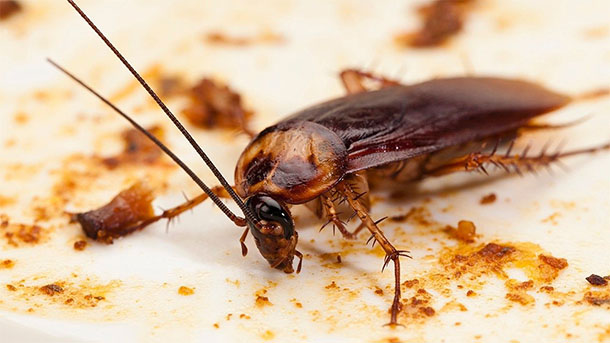 First word that pops in your mind after hearing word “Cockroach” is Filth and Dirt. We all hate this nasty and disease spreading creature and there is nothing strange in this. But I got something that will sounds interesting and ironic to your ears is that “if cockroach accidently touches a human, it runs to safety and cleans itself.” (They hate us too)

Cockroaches are very adaptive in nature. This ability has made them to bear the period of mass extinction that wiped out the dinosaurs from earth. So you can expect they can probably endure through the thermonuclear war (World War III) and they will be the last survivors on Earth. A logical evidence for this is that living cells during stages of division are more sensitive to killing radiation. On the other hand cockroaches cell divide only during their molting cycle, about once per week. They are radiation sensitive’ for only about 48 hours, or about 1/4 of the week.

Cockroaches are very flexible in the contents and timing of their meals. They can eat anything available from soap to leather. They can last more than a month without food and over a week without water. Most well known fact is that cockroach can survive a week without its head. If a cockroach loses its head and later dies as a result, it will typically surrender to dehydration because for cockroaches head is not for breathing this is only for drinking water.

These adaptations make controlling and eliminating a cockroach infestation all the more difficult.

Cockroaches are one of most common and primitive pests in many homes and buildings. These have flattened bodies, long antennae and two pairs of wings which are folded flat over back. They walk very fast but some species rarely fly. They come out at night and search for food in kitchens, food storage areas, rubbish bins, drains and sewers. People may become allergic to cockroaches because of their filthy habbits and bad smell. They are carriers of bacteria, contaminate food and cause diseases such as diarrhoea, dysentery, typhoid fever and cholera. Of over 3500 identified species only a few are of great importance regarding to pest control because they have adapted to living in buildings. 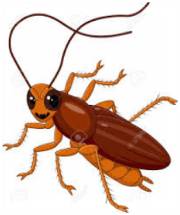 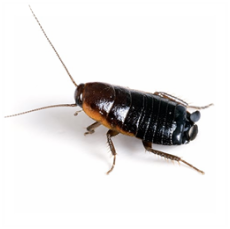 Management and Control of Cockroaches:

Cockroaches are becoming difficult pests to control due to lack of natural predators in human areas, high re-productivity, adaptation and resistance from chemical pesticides. Like all other living beings, cockroaches also need food, shelter and water. They will inhabit the area in which the conditions for their survival are favorable. Therefore for their effective control we have to make the conditions from favorable to unfavorable for these pests. Here are some ways for it.