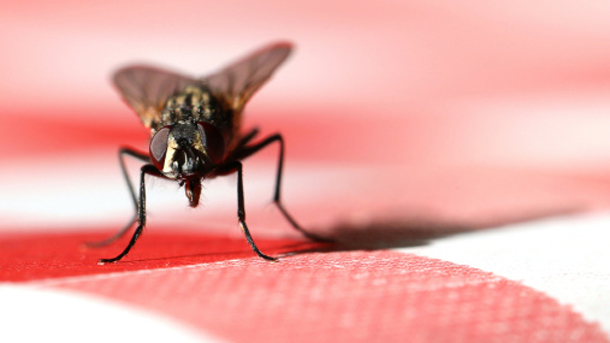 Flies belong to most vigorous order of insects; Diptera and are characterized by having only one pair of wings. Few species of this group breeds in urban areas and is commonly associated with people’s activities. Some species including common house fly also called as filth fly, drain fly, blue bottle and fruit fly fall in to the category of domestic flies. They have been considered nuisance for thousands of years because they effect human welfare, contaminate food, spread bacteria and transmit diseases.

Control and Management of flies:

Like all other pests flies usually prefer areas where they can easily eat, breed and hide. Sanitation and exclusion are critical factors in efficient fly control program. The aim in good sanitation is to remove or prevent any filth that is attractive to adult flies and where fly larvae can develop. Good drainage is also key factor because moisture is a vital for fly breeding.